Image by Pexels on Pixabay

<< Back to Blog Page

Pro Tips
That’s what a mother cynically replied when I explained that schools and colleges had reduced funding for Trade and Industry training or “Vocational Training.”
Notice This is a reprint of an editorial of mine which was featured in the Seattle Times on June 29 2019.

I Need a Mechanic

I’ve taught students in auto-body and automotive repairs for over 25 years and know these programs work and my 2,000 high school and college students would agree. Many completed this training at Lake Washington High School, L.W. Institute of Tech., and Bellevue’s superb College of Continuing Ed.

I’m blown away by the effect these programs have on young people as it’s an old idea that has the power to transform lives. Still.

One evening after a graduation of my students, I talked with the father of one of them. Let’s call him Matt— and his father swore that Matt’s 2 years study with me had transformed his son from a mediocre, ‘C’ level student to a straight ‘A’ student who won department honors for his efforts. (4 of my students won Washington Award for Vocational Excellence ‘WAVE’ scholarships)

In all modesty, I told his Dad that all of Matt’s teachers helped him succeed but his father was adamant; it was the shop class that made the difference.

Recently I placed an ad on Craigslist to sell an antique vehicle that many of my students knew and would recognize. In the ad, I gave a “shout out” to students past and present and was excited to hear from students that wrote, texted and called when the ad posted.

One former student texted a picture of his “office”, showing him surrounded by Coast Guard helicopters—ones that he services as an air-frame mechanic. Another student wrote that he owns two repair shops and still another said he’s a professional baseball player, playing for the Pirates. Another one—a favorite of mine, used his WAVE scholarship, to become a teacher in Eastern Washington. And still another student, John, said he’s a claim’s adjuster for a local insurance company.

Near the end of my tenure at Lk. Washington High, a handsome young Marine strode into my auto shop and recognizing him, I said, “Michael, you always hated me, what are you doing here?” He hated me because I pushed him to learn, grow and improve until he finally screamed at me to “stay out of his life”. Fast forward the years and now he said, “Things change Mr. P. and I’ve changed” as he warmly shook my hand.

Trade and Industry training WORKS and the proof is all around us; staffing our shops, teaching in our schools and even competing on the baseball field.

Russ Perman is a semi-retired automotive instructor; a writer and photographer who now writes a blog at CheckMyFluids.com

I Need a Mechanic 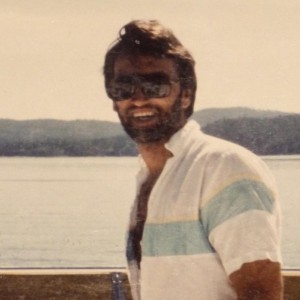 Welcome to CheckMyFluids.Com. Our site and materials are written, produced and offered to you by an automotive instructor and other mechanics. We love cars and want to share our tremendous experience with you. We present original material from the popular courses that were taught and also offer to you the best videos, clips and information that we could find online and in print. If you know of something better, please let us know and we'll use it. Product, goods and services, with links that are mentioned, are there because they worked well or because we've found them to be an outstanding. Of course, we do NOT imply, state or guarantee they will work the same for you and your car.

More Posts from Check My Fluids

Buying And Selling A Car

I’ve owned many, many cars over the years but over the last 2 years I sold 15-16 cars. Some were mine, but others belonged to friends who asked for help because they struggled with it. I’ve been so successful with it, I wondered what the difference is but I’ve found some clues, that by reading bad ads.

Winter is here–Is Your Car Ready For It?

With the first blast of snow and Winter weather, many of us are caught off-guard, but you can easily prep your car with some simple ideas. One of our readers suggested this post, so thank you Keith for the idea.

That’s what a mother cynically replied when I explained that schools and colleges had reduced funding for Trade and Industry training or “Vocational Training.”

Maintaining Your Paint with Washing and Waxing

Bet you didn’t know the thickness of paint on your car is only 9-14 mil’s thick and THAT is all that protects it against the myriad conditions of weather—rain, snow, road dirt, acid rain and sunshine. Since a human hair is about 3-4 mil’s thick, that is very little protection from all that threatens to destroy your car’s finish.

Remember, many bumpers on modern cars and trucks are not bumpers at all, but a soft, facia cover ONLY. They are made from high-impact plastic and urethane.

Last week I bought a 1-owner Lexus from the estate of an elderly woman. I was excited that it only had 50K miles on it and essentially was ‘like new’.